The Investment Options in a Thrift Savings Plan (TSP), Ep #113 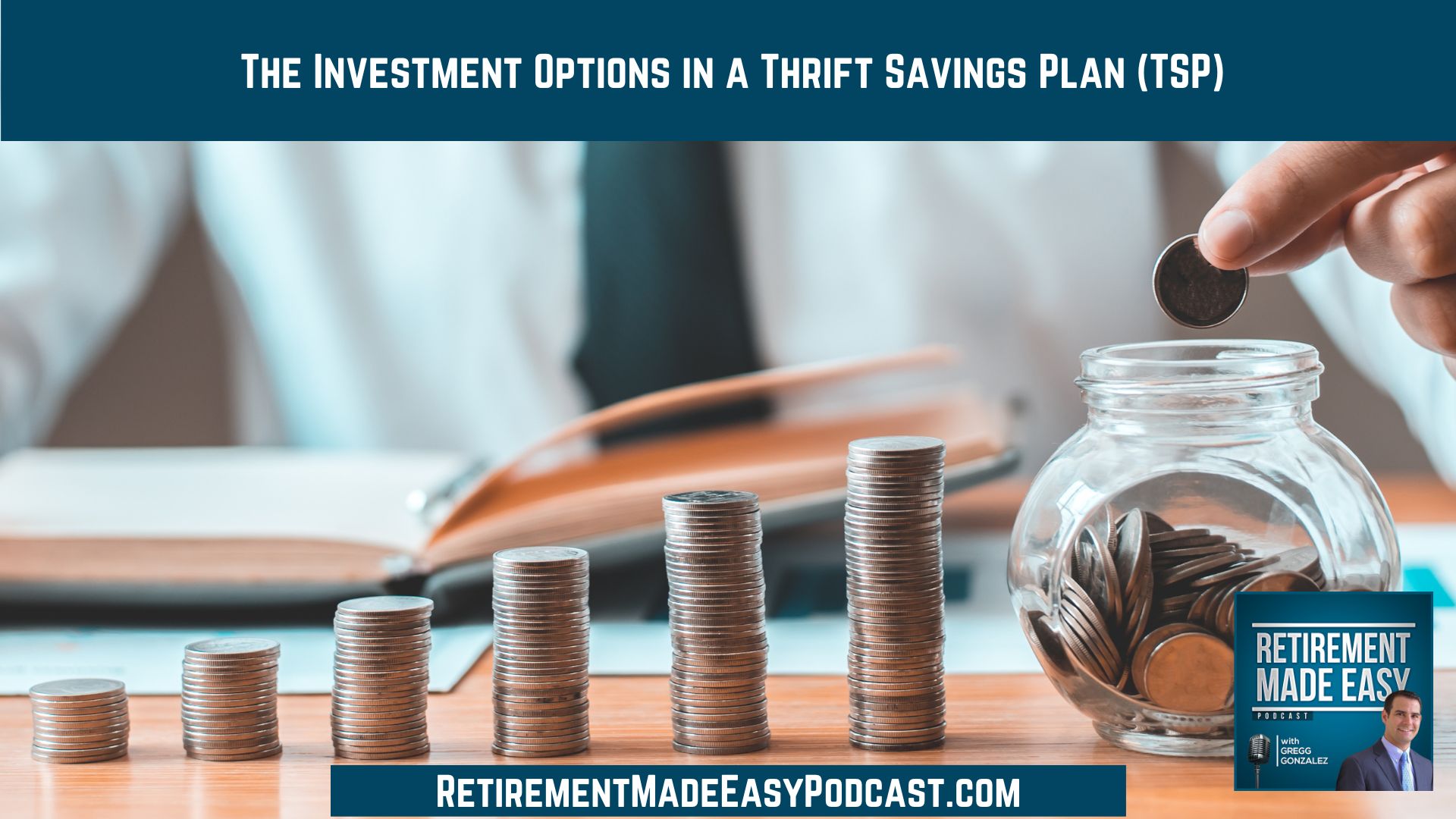 I’ve spoken with multiple women making the same mistake with their TSP plans (a Thrift Savings Plan (TSP) is the government’s version of a 401k). Why? Because people are scared about the economy and inflation. People make their decisions based on emotion in times of uncertainty. So in this episode of the Retirement Made Easy Podcast, I’ll share what this mistake is and why I think it’s a mistake. I’ll let you decide what to do with the information. Don’t miss it!

One of the top three risks to everyone’s retirement is the rising cost of living. The cost of living rises on average by 2.9% per year (calculated over the last 30 years). If you lived on $50,000 30 years ago, you’re being squeezed today. A fixed pension without a cost of living adjustment is like working at a job for 30 years and never getting a raise.

Investment options in a TSP

I spoke with three women that are going to retire with a government pension (TSP plan). They’re concerned about the economy and their TSP shrinking. So all three had their money invested in the Government Securities Fund (a mutual fund within the TSP plan, abbreviated as G Fund).

Now, TSP plans have 15 available investment options. The G fund is the most conservative of the options and is invested in short-term government securities. It’s also the second most popular fund, with 210 billion dollars in it. There’s only $800 billion in the entire TSP program. $210 billion is 26% of the entire TSP plan assets. The worst part is that the 10-year average return is 1.98%. In the last three years, the fund has averaged 1.51% per year.

What’s the big deal? The rising cost of living. If your money is only growing by 1.5% per year, it will not keep up with the cost of living. Inflation was at 9.1% in June. Long-term, inflation averages to be between 3–4% per year. A 1.98% return is not keeping up with inflation.

Walking through the different pension options

All three of the women I spoke with have a government pension with a cost-of-living adjustment. They can choose between a single-life option, a 10-year certain, or a survivorship benefit for the husband.

With each of these women, the husband is older and in poorer health. Because American women outlive men by 5–6 years, the survivorship benefit doesn’t make sense in this case. Let’s say the single-life option is $2,000 a month. If the women take the 100% survivor option—which would pay out to the surviving spouse if they died—the spouse would get $1,600 a month. But the extra $400 a month can amount to a wide margin of retirement lifetime income.

The bottom line? You have to maximize the lifetime income potential of the pension. I discuss all of this in detail in this episode of Retirement Made Easy. Don’t miss it!