The Impact of Increasing Corporate Income Taxes + Taxes on the Wealthy, Ep #21 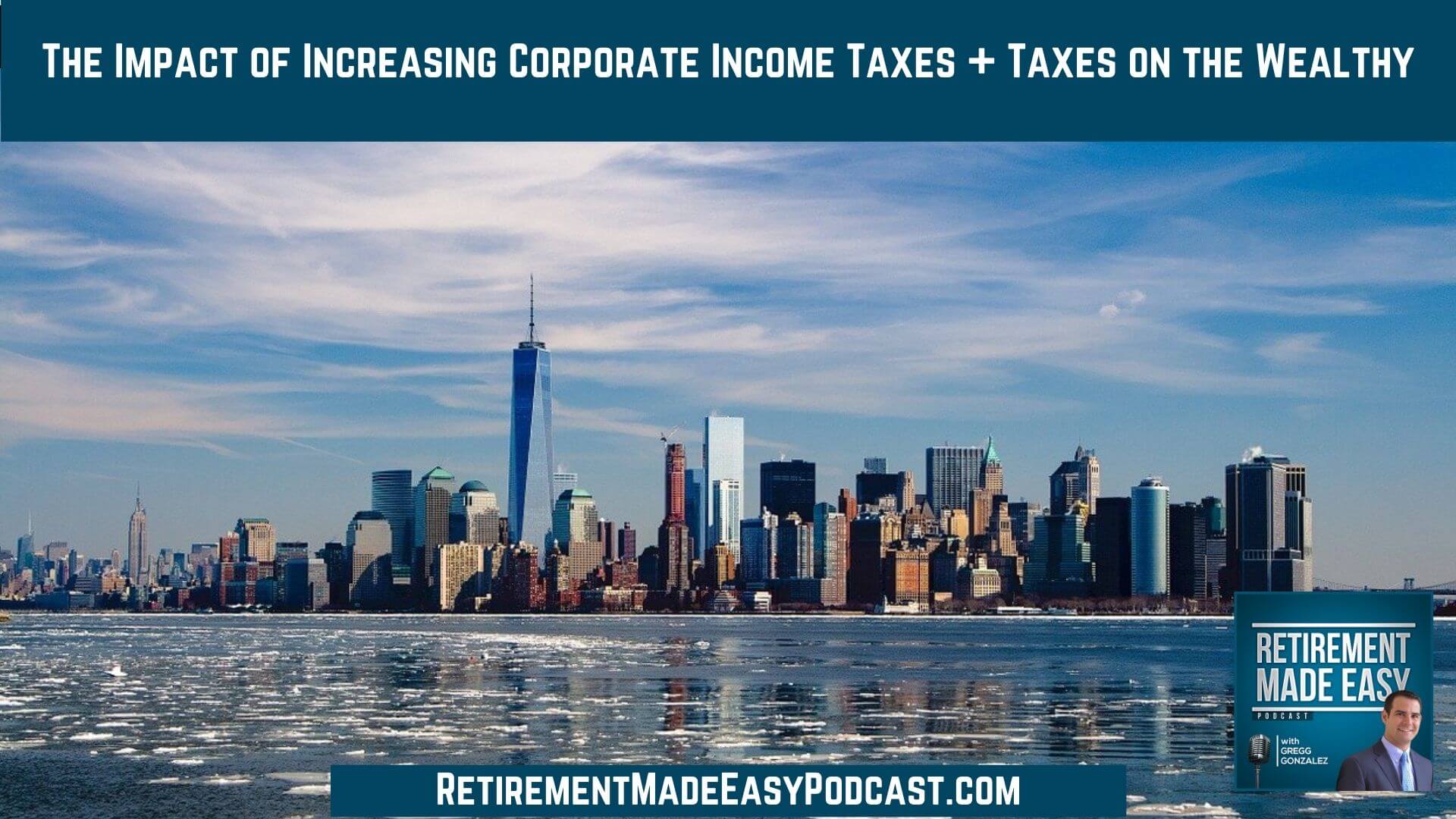 Why are large companies (like Amazon) getting tax breaks while the common man doesn’t? What about the wealthy—should those making more than $400,000 need to pay more in taxes? We are in a low tax environment right now and some people are upset by it. They say that corporations aren’t paying their “Fair Share” in taxes. But what happens if they do have to pay more in taxes? In this episode of Retirement Made Easy, I walk through what it could look like if corporate taxes and taxes on the wealthy were increased. The results won’t be what you think!

Many people believe corporate taxes should be much higher. When companies like Amazon or Walmart are taxed low, they’re incentivized to hire more people and grow their business. If you give companies an incentive, they improve the overall health of communities.

So what is the first thing they do when corporate tax rates double? They raise the prices on the goods or services that they sell to all of your consumers. If Walmart doubles its prices, who’s paying for the increase in taxes? You & I.

Let’s just assume Walmart increases its prices by 10% (and that we shop there). Your grocery bill goes up 10% on average. You got a 1% raise at your job. It probably didn’t help you much, right? You’re 9% behind. If you increase corporate taxes on big companies, they’ll also be less inclined to hire new people. People don’t think about the ramifications of these increases in taxes. How does an increase in taxes on gas impact you? Keep listening to find out!

What happens when you increase taxes on the wealthy? Many people who make this much money per year own a business. Let’s just assume the person in my example owns an electrical company. If you tax them more, he or she might just increase the price of their electrical services that they charge customers. They may be less inclined to hire new people for their business. No one wants to take home less money, right?

It’s natural to have a response to offset that cost. Most people aren’t going to do more work or add on more projects to an empty plate. They’ll start by increasing the price of their product or service. That means that middle-class families will pay more and have less money to work with in their budget.

Increasing taxes on corporations and the wealthy doesn’t mean there’s less money to be paid by those who make under $400,000. It’s not “them versus us.” It’s not a fixed number of taxes that get paid to the IRS. The middle class and lower-income families are still paying the same amount. Most of us spend money at these corporations and small businesses.

An increase in taxes to “level the playing field” will hurt the lower and middle-class income brackets—not help them.