How Rising Interest Rates Will Impact Your Retirement, Ep #121 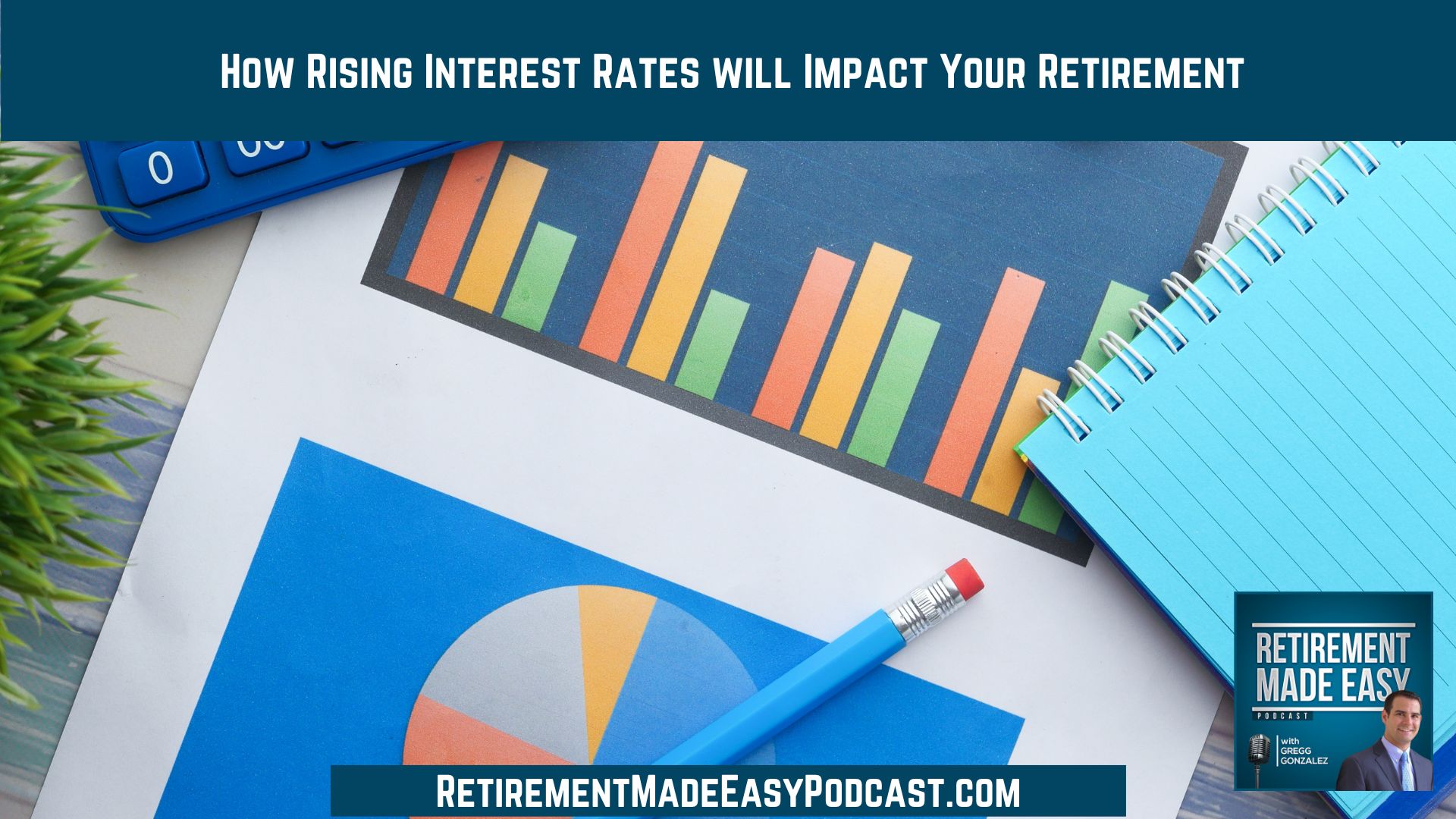 What is forcing people to retire by the end of 2022? What’s happening to corporate pensions? What’s changing with social security because of inflation? Rising interest rates are making an impact on the economy—and your retirement. Find out how in this episode of Retirement Made Easy!

How pensions are impacted by high interest rates

There is a huge danger when you’re living on a fixed income and your pension does NOT have a cost of living adjustment). When costs go up 8.7%, you’re still only getting $2,000 a month. Let’s assume you worked 30 years for Ford and you are entitled to a pension. You’re offered $55,000 a year for the rest of your life OR a lump-sum check option. So instead of the fixed pension, you get a lump-sum buyout in the form of $1 million. You can roll it into a 401k or IRA to control how the money is invested.

Because of this, three senior executives at KFC are retiring early before higher interest rates go into effect in December, decreasing the lump sum of their pensions. They can get a higher buyout check versus working longer into 2023 and losing thousands of dollars. Makes sense to retire early, right?

Don’t leave money on the table by waiting to retire

Timing your exit into retirement is tough with rising interest rates. The transition isn’t easy, no matter what, but especially when it’s unplanned. Because the transition can be depressing, many people are moving into semi-retirement and working part-time or taking on a consulting job. It won’t be the same amount of pay, but in most instances, your stress levels will decrease.