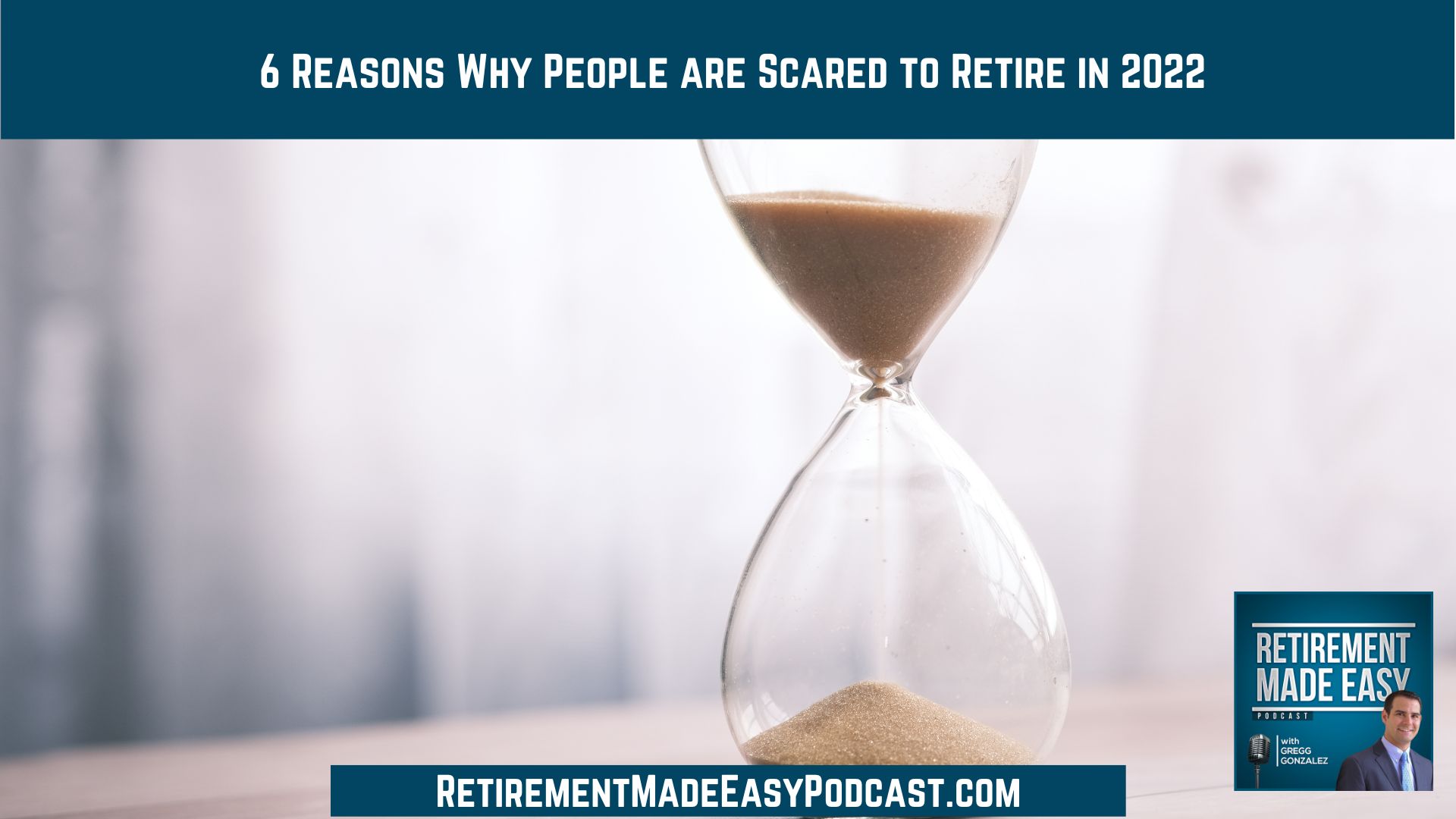 A lot has happened in 2022. A bear market and rising inflation have people who are about to retire scared. They’re worried about their retirement, and rightly so. In this episode of Retirement Made Easy, I’ll talk about some important statistics from the Schroders 2022 US Retirement Survey and what they mean. I’ll share the easiest thing you can do to make sure you’re prepared to retire. Lastly, I answer a couple of listener questions. Listen to this episode to give yourself some peace of mind!

What’s the perception of the amount of money someone needs to retire comfortably?

Schroders surveyed working Americans 45 and older and retired US citizens. They asked: “What’s the perception of the amount of money someone needs to retire comfortably?” The survey results found that the average person believes you need $1.1 million to retire.

But are most people on track to have $1.1 million saved to retire? The short answer? Not at all.

How are currently retired people describing their retirement?

Schroders took it one step further and asked retirees how they’d describe their retirement:

Thankfully, only 5% said their retirement was a living nightmare. 18% were struggling, and only 3% said they were living the dream. 37% said they were comfortable and about the same felt it wasn’t great, but wasn’t bad. I’d like to see at least 50–60% living a comfortable retirement. Isn’t that where you want to be?

What concerns have people fearing retirement?

Only 23% of retirees said they had a written retirement plan. That’s a HUGE mistake. You need a retirement action plan that covers taxes, investments, estate planning, and more to afford the lifestyle you want in retirement. Of those that had a retirement plan, 91% said the plan was useful to them. 33% said it was critical to the success of their retirement. The people that make retirement planning a priority are the ones that will succeed.

If you need help planning your retirement, reach out to me at RetirementMadeEasyPodcast.com!

Listen to the whole episode to hear the answer to two great listener questions!